When Lacy was young, she went to church out of obligation. In adulthood, she attended to be surrounded by joy. As she watched others worship and witnessed their love for the Lord, she became captivated; however, she thought that this sacred relationship was unattainable for her. Church was for “those people,” not someone with such a broken past. Lacy carried many burdens with her whenever she walked through church doors. After experiencing divorce, struggling through single motherhood, and ending a pregnancy, she believed that God had forgotten about her. And if He had given up on her, she felt she had no choice but to forget about Him.

Around the time Lacy started attending Saylorville Church, God proved that He was still pursuing her. He kept bringing the number 111 to her attention. She kept seeing the number 111 everywhere she looked for months. One Sunday, Romans 1:11 was shared during a sermon which reads “I long to see you so that I may impart to you some spiritual gift to make you strong.” Lacy knew that God was speaking to her. She no longer wanted to run from Him, and it was on that day that she agreed to participate in a home Bible study. It was during this study that she began to understand the simple and wonderful truths of the gospel. Lacy learned that Jesus lived the perfect life she never could, that He died in her place, and that He rose from the grave to give her eternal life. When she heard that all she had to do was place her faith in what Christ had already done, she couldn’t believe it could be that simple. She had always thought that a relationship with Christ was out of her reach, and hearing that it came through faith alone was incredible. Lacy admitted her sin to God and asked Jesus to make her a new creation. She was immediately filled with joy and knew that her life would not be the same.

From that point forward, Lacy’s life has not been free from brokenness. She struggled to forgive herself of her former sin after coming to know Christ. Specifically, her decision to terminate a past pregnancy haunted her and caused her to believe that God was still far from her. After talking with a friend and reading Scripture, however, Lacy realized that she was putting her standard of what was forgivable above God’s. She saw herself as the worst of sinners, but God showed her that 1 Timothy 1:15-16 was true and that Christ desired to show “immense patience” toward her. Additionally, there was a season when her husband blasphemed God and ridiculed Lacy for her faith. They were separated for a time, yet he was won back by Lacy’s unquenchable joy and love for Christ.

Lacy’s story began with her feeling like an outsider as she watched others experience true joy. It ends with her displaying this same joy and her husband drawing near to the Lord as a result. Recently, Lacy spent time sharing the gospel in local schools. She desires to know God more and to see others be set free from the brokenness of their past. This is the power of the gospel, and Lacy’s transformation displays it beautifully. 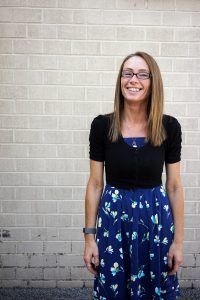 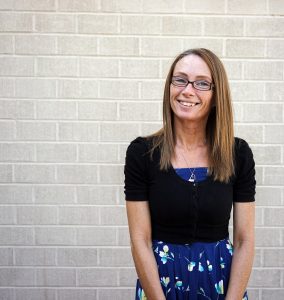