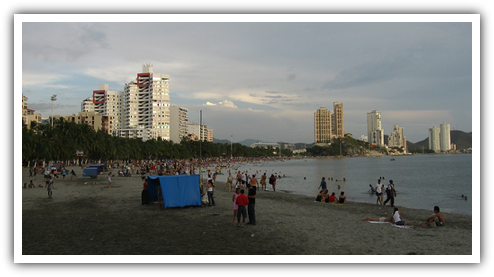 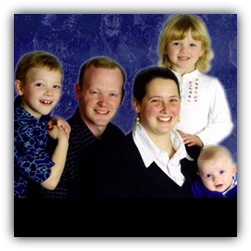 I wanted to share a few first impressions from Santa Marta, although I don’t have any photos on my computer in this moment to upload (The photo of El Rodadero above, near where we’re staying, is courtesy of somnoliento).

First, the people have been wonderful so far. The costeño (person from the coast) in general is known for being friendly and fun-loving. That has been our experience. We’ve had more conversations with strangers than you can imagine. The funniest was talking to a guy who must have had a few mental problems because he authoritatively talked about all of the Colombia soccer teams as if I were his best friend and knew all of them as well. The truth is I hardly know the names of all of the teams, let alone the best players in the history of the teams from Cali, Tolima, Bucaramanga, etc. He was with two other guys who were talking about soccer, and I counted about eight front teeth among the three. 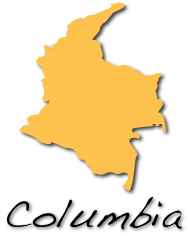 Second, I have noticed very few Christian churches, at least on main streets. I wonder if this is because I haven’t traveled around much or if it’s because they are located on neighborhood streets. When I’ve told people that we want to start a new Christian church they tend to say something like, “Oh, okay,” and give me a look of pity or bewilderment perhaps. “Why would you want to start another one here when we already have a few? ” seems to be their thought process.

Third, living in Costa Rica a year was great preparation for the coast. The heat is similar, although it’s hotter here than in San Jose. The culture is also somewhat similar, although I would say that costeños here are easier to get to know than the Costa Ricans were. Holly and the kids are doing very well with all of the changes, for which I thank God.