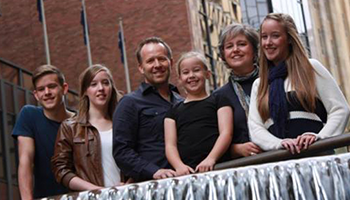 A tale of two nights…

We were given a gift to come and housesit at a mate’s house for a summer holiday. We did get some time to relax and rest after a busy year. During that time we had friends stop by for a bbq, a swim and/or coffee throughout the stay. In a matter of two evenings we had the privilege of being part of conversations that challenged and encouraged us. The conversations also were a small glimpse into the spiritual state of Sydney.

For what can be known about God is plain to them, because God has shown it to them. For his invisible attributes, namely, his eternal power and divine nature have been clearly perceived, ever since the creation of the world, in the things that have been made. So they are without excuse.

We have been trying to get together with a couple in our church for months, the wife is a Christian and the husband is not. We had a bbq and had a few friends over to enjoy the beautiful day in Sydney. Conversation was on Christmas, New Year’s and the summer months. Inevitably the conversation moved to the Bible. The topic started with evolution and creation. One of the blokes there turned to our non-Christian friend and asked, “What are your thoughts on this, mate.” Everyone was expecting disagreement or even antagonism, but we all were surprised. My friend stated, “I believe that God created the world.” After a surprised pause, the guys started to ask clarifying questions and even sat down for a definition of what his views were on God. It started out encouraging and then spiraled into a fascinating, twisted, postmodern answer that had us going on for three hours on theological things. My friend went on to explain that he believed in God, respected Jesus, saw the world as God’s working hand through the tool of evolution, there is an ever after that exists for all and there is no hell, and that mankind eventually moves to a point of awareness, eventually we become gods to share in God’s existence. From that clear definition, the group had a go sharing what the Bible and what God’s word states about these points. Then he did it, he started quoting scripture. My non-Bible believing friend started coming up against their arguments with Bible passages. The passages were out of context and misapplied, but beautifully placed and it had its effect. Confusion and backpedaling by the well intentioned Christians, it quieted some of his detractors. Yet, just as Jesus did in the desert, when his word is clarified and utilised properly it is the light for the conversation. 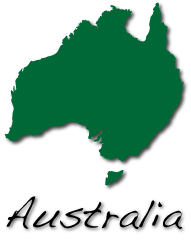 Respectfully, it was asked of him, “Within all you have to say, what do you do with Jesus’ statement No one comes to the Father except through me.” He stated, I do not believe that portion. When asked what does he measure all of these things on, what was the standard, the measuring stick? Without any hesitation he said, “Myself and my personal study.” Things continued on for a while longer. Eventually the conversation was interrupted by darkness and exhaustion. All began to leave; my postmodern friend shook my hand and stated he had a great evening. He even text me the next day to thank us for having his family along.

Within his own definition, my friend represents a group of people, Cherry pickers. A definition that comes from the machine used to lift you to high places, usually to move where a person desires to be and to let them pick the things they desire. Cherry picking can used when considering the things of God, too. Apparatuses that lift them to heights to choose the portions of theology they like and leave the other portions to the side. If it does not fit into his basket, they throw it away.

It is fascinating that people chose to do this with God, but we would never do this with other portions of our lives. Driving: Only driving a car with the parts of the engine they prefer. Career: only do the parts of their jobs that they liked. Health: only utilize the advice of a doctor that we like for the sake of our physical existence.

If you choose to cherry pick in these portions of life, you either end up broken down on the side of the road, without a job or simply dead.

Why do people choose to do this with God? In this postmodern, western landscape, this is the mindset we see all the time. Pray that we would be able to continue with our friend and others that we come in contact with to clarify the Bible. Also, explaining that the choosing of these eternal things are not based on our own choosing, but God’s. We need to be thankful for this gift of God setting the standard.

The Lord sets the prisoners free; the Lord opens the eyes of the blind. The Lord lifts up those who are bowed down; the Lord loves the righteous.

The next night one of our Urban Fight Club members brought a mate over for coffee. His friend had just been baptised and has only been a Christian for eleven months. He was excited about everything that had to do with God. The answers could not come fast enough to all of the questions. He had come from a life of hard living and the Lord had brought him to this point in his life. He loved the people of his church (not one our family works with, but we do know the church) and he looked forward to sharing all about his new life in Christ. The enthusiasm and desire of new Christians can be described as “just not able to get enough of God.” Then the conversation shifted to frustration, he was being mentored and was in the Bible consistently. Why was he frustrated? He loved his growth in Christ, but in the process he was being told that there was only one translation of the Bible that he should be reading. He loved this new life, but why the limitation on God’s Word? He had become a freed captive, moving into freedom in Christ, but a potential captive of legalism.

We went on to describe a recent encounter on this very subject. We had the privilege to hear a Christian archeologist speak a few years back and someone in the audience asked, “Which translation of the Bible do you read?” He smiled with a knowing look of a potential trap and stated, “The original Greek and Hebrew.” But, he did not leave the crowd hanging on that answer. He went on to say, “Read the Bible you are reading, as long as you are reading the Bible. You need to be in the God’s Word. That is the important part.”

This is the same advice we gave our new young Christian. He has just been set free in a new life in Christ. Why would we want to make him a captive again? Just getting someone to read the Bible is a huge barrier to overcome. We would hope to not put up unnecessary barriers to keep someone from growing in their love for God and His Word.

Please be praying for our friends, one to be set free from the bondage of sin and the other to grow in his new freedom found in his Lord and Saviour Jesus Christ. Also, for our work in the varying spiritual landscape of Sydney.

Thanks for your prayers in the journey…